If you want to go far, go together

Last week, MBAchic and the Brenau University Executive Women’s MBA had the incredible opportunity to bring together a powerhouse panel of speakers to the iconic Ashley Longshore Gallery at Diane von Furstenberg NYC. As part of their #InCharge conversations, DVF generously hosted us in their flagship studio in the Meatpacking District, for a talk on the power of community – investing in and tapping into the communities that make us the #InCharge women that we are.

Surrounded by the most influential, fearless, powerful, trailblazing women from throughout time, industry, and philosophy, we embarked on an intimate, in-depth discussion with our esteemed panel: Cate Luzio, Founder & CEO of Luminary; Pamela Pekerman, Founder & CEO of Hustle Like a Mom; Randi Zinn, Founder & CEO of Beyond Mom and Kay Y. Wallace, President & CEO of the National Black MBA Association®.

The panel approached the power of community from unique perspectives and experiences, but all echoed the common notion of respect and hard work. They beautifully wove humor and heart into the conversation touching on issues of gender, race, political engagement and other important areas. The hour seemed to fly by, with attendees still saying that they wished the discussion could have lasted longer.

While each of our panelists lead communities and organizations today, they’ve invested in countless communities and individuals throughout the course of their careers and lives. From leading Olympic operations and defining business strategies, running banking divisions and entire media operations, to supporting entrepreneurs and creating space for healthy ambition and fulfillment, they all have made it a point to make space for women along the way.

The conversation was organic and engaging while consistently dropping gem after gem about how we interact in work and life, how we support each other, how we create space for each other and those behind us. It was encouraging to discuss how the days of competitive women believing “only one of us can make it” to the top are seemingly going away – we aren’t accepting that way of work anymore, we recognize how far we have come, together. The significance of speaking to a room of women in Diane von Furstenberg’s flagship studio about the power of community, while seated under a portrait of Rosa Parks, was not lost on Wallace, and as she pointed that out, the room paused, to bask in the meaning and beauty of her statement. As women we recognize that we come from a long line before us – recognizing that history, and the power that community holds, means that we understand the value of having each other’s backs, advocating for and supporting one another.

As Diane von Furstenberg’s manifesto states: “To be #InCharge is first, a commitment to ourselves. It is owning who we are. It is respecting and trusting our character, knowing that it is forever the home and the core of our strength.” Our discussion delved into this idea that our common unity stems from our respect and ability to relate to each other on a human level, which is at the core of building strong communities that uplift, support and, yes, correct you, when needed.

The iconic Ashley Longshore gallery, or “inspiration room,” as the artist recently called it, was the perfect setting for such an empowering discussion; it was impossible to enter the space and not immediately feel courage, power and a responsibility to step up, in all aspects of life.  Many of us in attendance even left with new clothes that made us feel beautiful, confident and #InCharge.

The event and rich discussion on the power of community would not have been possible without the entire team at Diane von Furstenberg, Brenau University Executive Women’s MBA, The National Black MBA Association®, Sweet Basil Catering and Enemies of the Average. We thank you all for joining us and for continuing this conversation via emails, on social, and in person well beyond the evening’s end. 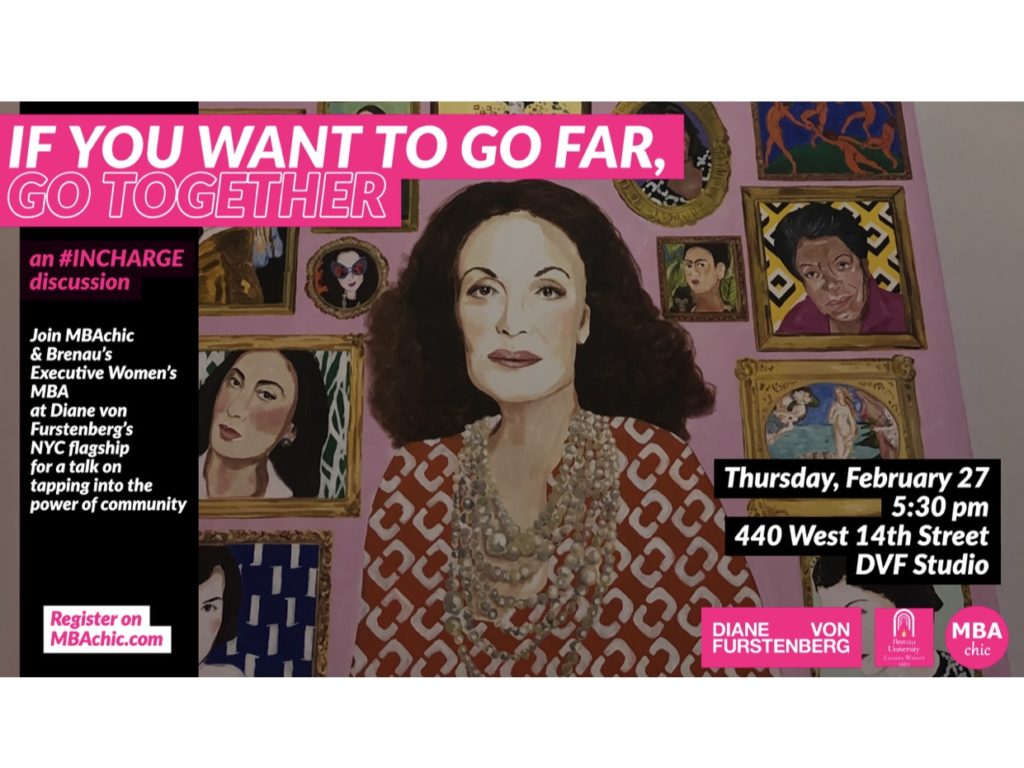 This weekend, I was out with friends in New York, when I popped in to Diane von Furstenberg’s store in the Meatpacking District (874 Washington… 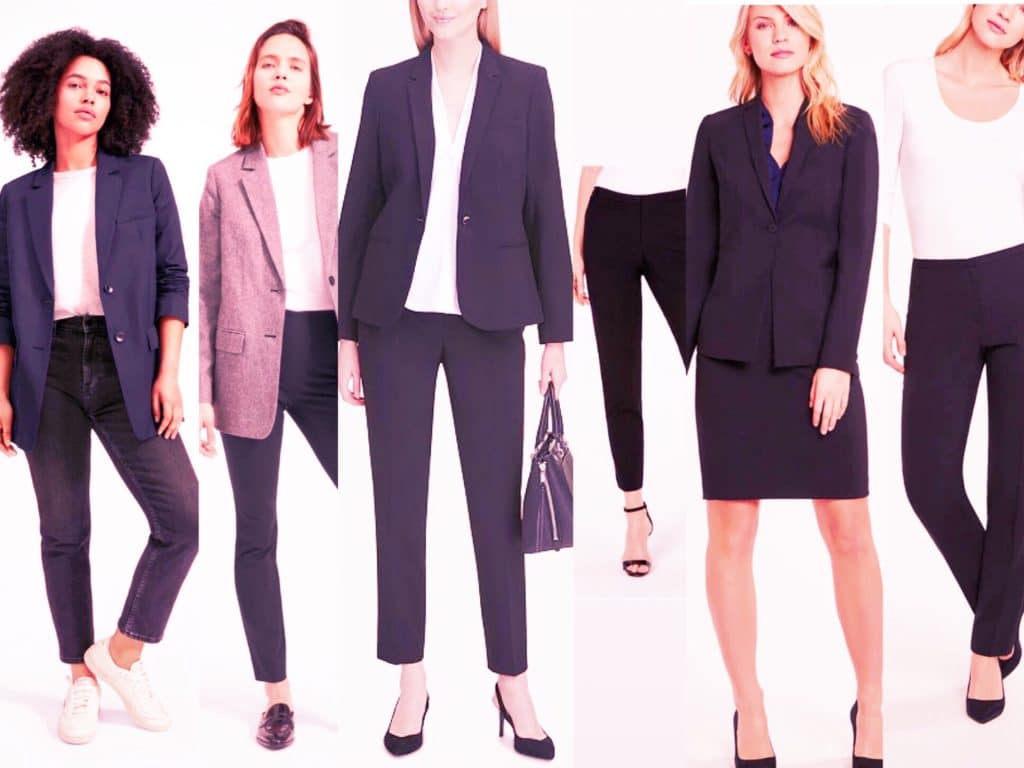 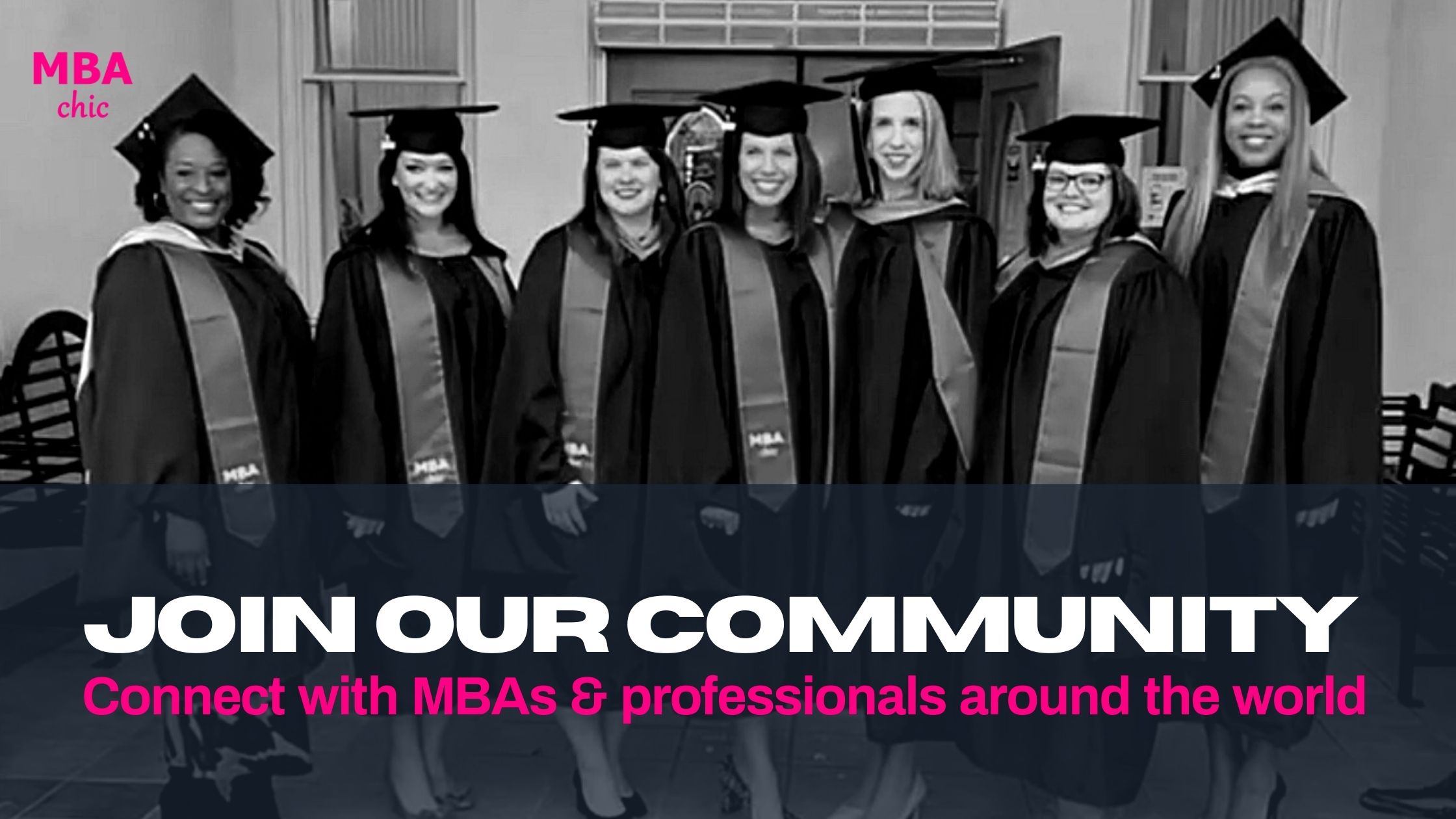